The Enigma and Allure in Baltimore

Welcome back to Better Said Than Written, the podcast supplement of Artz of Culturez where I make a personal connection with today's trending topics.

In this episode I tried to wrap my head around what's taking place in Baltimore, Md. With the help of Emrld Swmp's member, universe, I was able to get a different perspective from a poem he shared for the people of Baltimore.

Normally, you would just click the green play button below to hear my take and the poem, but in this installment, I decided to include my write up, which includes the identity of the police officers who were responsible for Freddie Gray's death.

When America first got wind of Freddie Gray's death by the hands of Baltimore police officers, some citizens were convinced that his death was another case of racism. However, as I mentioned in a previous post, some people of Baltimore believes Gray's death has nothing to do with race but instead class. (see: Baltimore: It's Not About Race)

The word classism is defined as – prejudice or discrimination based on class. And according to classism.org, classism is held in place by a system of beliefs and cultural attitudes that ranks people according to economic status, family lineage, job status, level of education, and other divisions. This sounds about right in the story I initially alerted you to that Steve Inskeep shared on NPR.

Baltimore's chief prosecutors has since charged the officers with the death of Gray. Once the six police officers identities were revealed, most critics became silent about the talk of racism.
As you can see there are three White police officers and three Black police officers, who were held responsible for Gray's passing. 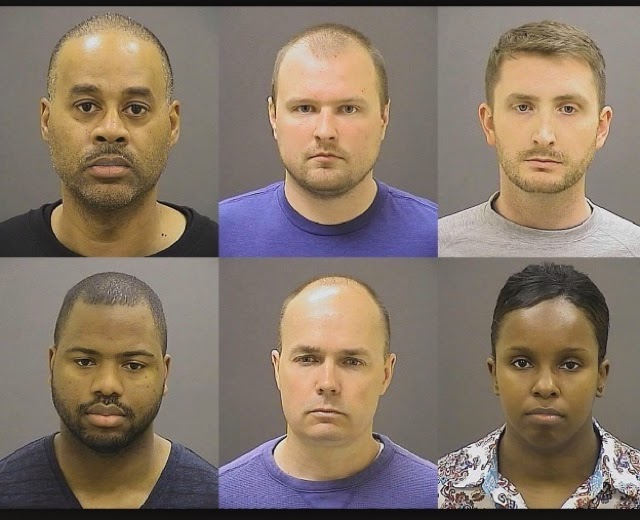 And when I posed the question on social media:

Now that we've seen who the #Baltimore cops are, is this still a race issue?

... only a couple of people chimed in.

@Nola8837 responded on Instagram: "Arrogance and entitlement of those in power. Yep...morally bankrupt."

@sweetqueendom, also on Instagram, commented: "No, I see it as a moral issue."

But sit back and think about it for a moment ... classism is a form of race.

Artist and lyricist, universe, of the emerging hip-hop group, Emrld Swmp, was the one who brought it to my attention that classism and racism goes hand in hand. Take a listen to his poem dedicated to the people who are watching the events of Baltimore unfold. (You can also read along.)
______

Colors killed by the masses
Shades divided by classes
How could something so crazy happen?
It's quite surprising you ask this

Destroying and robbing stores
Trying to make a statement while rotting your own core
Who are we fighting for?

Do you not get the message
We cannot grow as a people with feeble attempts at change
What is the true range of your knowledge?

They tell you to get good grades and make it into college
Uncomfortable to talk about ... well let's talk about it
I'm honest, racism can end but it's up to you to stop it...

What do you think is taking place in Baltimore? Leave your comments below or e-mail your views to TCsViews@gmail.com.

Baltimore: It's Not About Race