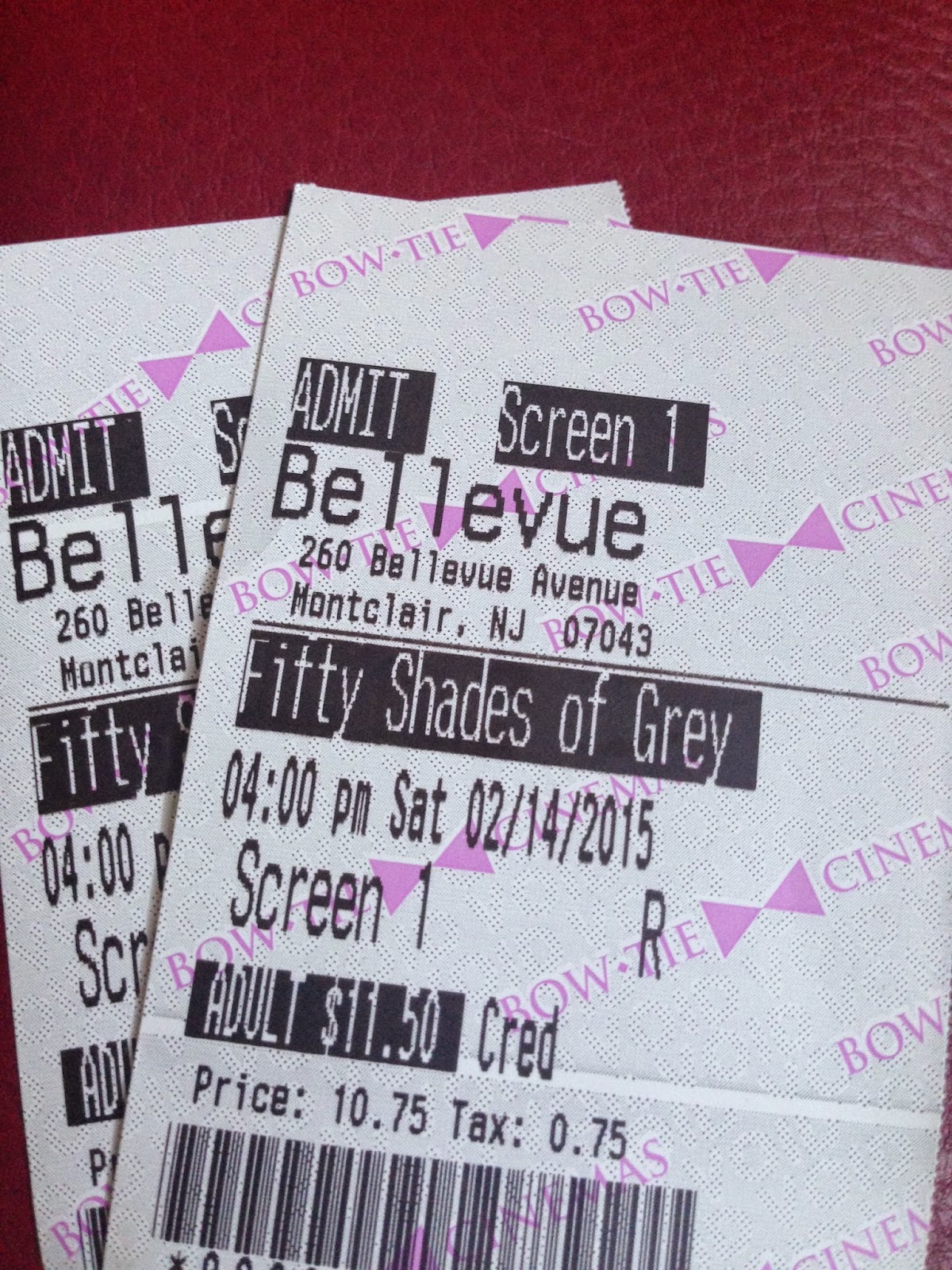 The sexually charged movie, Fifty Shades of Grey, hit the big screen on Valentines Day weekend. It pulled in $81.7 million at the box office for its opening weekend. forbes.com reports that Fifty Shades trails behind The Passion of the Christ, The Hangover part 2, American Sniper and The Matrix Reloaded for R-rated movie debuts. (See Fifty Shades of Grey’ Whips Record $81.7M Weekend.) 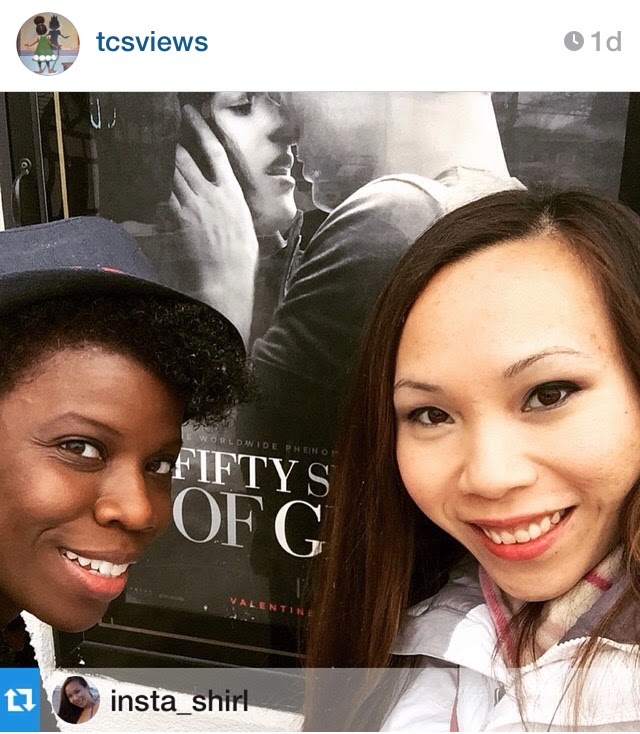 The numbers shows that people were definitely waiting for the movie to come to their city. Not in the sleepy suburban Township of Montclair, N.J. This is where I chose to see the movie. When my friend Shirley and I entered the theater, there was no line, and the seats weren’t even halfway full for the 4 o’clock show.

The movie ran for about two hours and five minutes, but it didn’t feel like it. “WHAT! That’s it?” This is what I yelled when the credits started to roll. “What the …?” I didn’t realize that two hours went by so fast. From the moment the movie started and played the first song, “I Put a Spell on You,” the Annie Lennox version from the Grammys, I just knew the movie was going to be good and the soundtrack was going to be even better.

(See: Grammy Recap: It's About the Music)

Don’t get me wrong, the movie was good. They chose the perfect actress to play the role of the submissive Anastasia Steele. Dakota Johnson balanced the essence of innocents, wit and curiosity with just the right amount of quirkiness. Her body type wasn’t superficial and perfect. Instead, Anastasia was thin and vulnerable, which made me, as a thin woman, feel secure about not having the perfect rack that Hollywood usually force down our throats.

It was also refreshing to see the imperfections of Jamie Dornan, who played the domineering billionaire, Christian Grey. He had the abs, but not too much. He had the chiseled face, but not too sharp. And although he was this powerful, dominate, emotionally closed off businessman, Grey did portray moments of weakness – almost to the point where Anastasia was the dominate and Christian was the submissive. 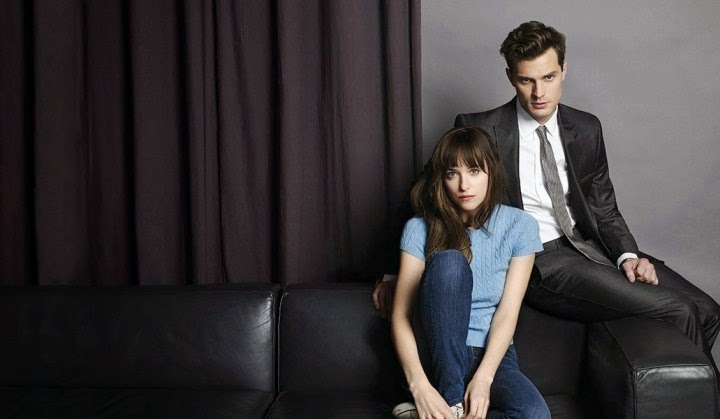 The S&M sex scenes were tasteful, but I have to warn you that it isn’t for prudes. If you’re not into that kind of lifestyle or even the least bit curious, this movie is not for you. One of my co-workers inserted herself into my conversation about me going to see Fifty Shades. “From what I’ve seen from the trailers, it looks a little rape-y,” she said. I chose to ignore her comments, because clearly, she didn’t read the books. 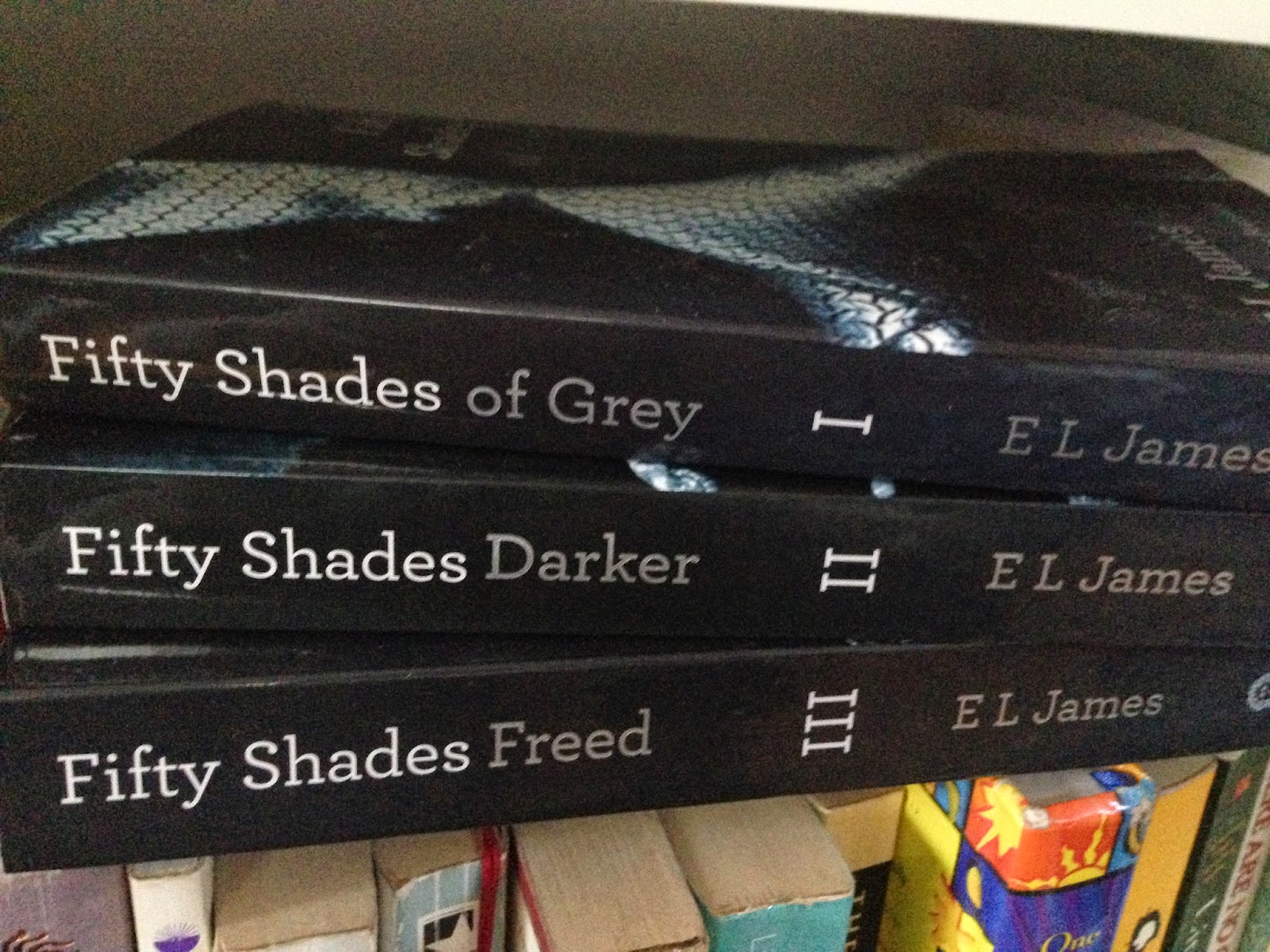 I read all three books – Fifty Shades of Grey, Fifty Shades Darker and Fifty Shades Free – and for three weeks I was hooked. I would wake up at 3 a.m., needing to know the next move of Christian and Anastasia’s love affair. I didn’t get a sense that author, E.L. James inserted any form of rape in the storyline. Others may see it differently. In this case, I would have to say testing and exploring the limits of sexuality is a matter of taste and a choice.

It wouldn’t be fair to give you specific details about the movie but I will reiterate that I did enjoy it. The director, Sam Taylor-Johnson, did a great job, although I wished she would have considered making it into an HBO or Netflix series so that the full story can unfold once a week until there’s no more stories to be told. Think about it… you can’t get everything from a book in a movie but if you do it in a form of a series you just might be able to pull it off.

Well, I sure do hope what Shirley said is true about Fifty Shades being a franchise.

Until then, I will be waiting anxiously for Christian and Anastasia’s story to continue on the big screen.


Leave your comments below or send me your views on the movie to TCsViews@gmail.com