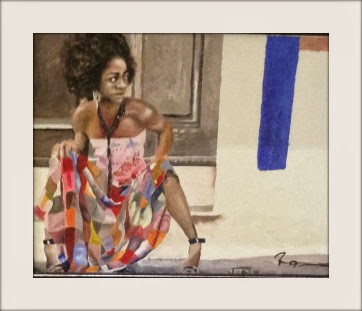 When you're a journalist of color in any newsroom, it's always reassuring when a veteran takes you under their wing to show you the ropes. It's even better if the veteran journalist is a person of color.

And if you're a woman of color new to the gig, having another woman who looks like you guide you through the male-dominated profession is an added bonus.


The school of Hard Knock Life taught me that some Black women in journalism don't want to talk to other Black women. Why? Well, I'm still trying to figure that out.

My journalism career started in 2000 as a video editor at a local television station in Columbia, S.C. On my first day of editing a weekend newscast, the executive producer came into my edit bay to give me one piece of advice. "As a Black woman in news, you have to work three times as hard than your White female colleagues, and even harder than all of the men in the newsroom."

It was the best advice a Black female colleague ever given me, and I ran with it.

If I was on the schedule to come in at 3 o'clock in the morning, I arrived at 2 a.m. And I stuck around for an extra hour after my shift just in case coworkers needed me.

By 2007, I ventured into financial journalism to report on mergers and acquisitions taking place in the capital markets. Because I didn't know the beat at all, I made sure I arrived the office early and stayed late to learn as much as I could.

The human resource head was a Black American, and the head of content editors was a Latino. And that's as diverse as the newsroom got.

After two weeks of learning about M&A, I saw another Black young lady. We were on the elevator together, and I greeted her, but she didn't respond. My first thought, she didn't hear me, or maybe English was her second language.

It turns out she spoke English very well and she wasn't deaf. I later learned she was a senior reporter. I was so excited to see someone who looked like me covering corporate finance but why didn't she speak when I greeted her?

There were times we were in the kitchen, and I would greet her, but my greetings went unanswered. Then I thought, I'll wait until we're both primping in the ladies room to make an introduction.

The day finally came where we were both in the ladies room at the same time.

"Hello, I'm Tamika," I said. She then looked me up and down, flipped her hair and replied, "Oh, hi." And then she walked right past me and out the door. No name. No handshake. Nothing.

As you can probably imagine I was slightly confused. I then started to make excuses. "She's busy. She's stressed. She's shy. She's a germaphobe."

As fate would have it, we were both invited to a Sunday brunch by mutual co-worker friends. I didn't know she was going to be in attendance until she walked through the courtyard. I asked my other co-worker, "What's her name again?" Kadeeja. (Of course, I changed her name! I still run into her every once in awhile during industry events.)

Brunch was painful. Kadeeja didn't engage in conversation with me, but she did speak with others at the table. I couldn't figure her out. In the end, I decided to leave her alone.

About a year later, two more Black female journalists joined the newsroom and they too had the same experience with Kadeeja. The consensus was that she didn't speak to other Black women in the office. Point. Blank. Period.

Over the years, I've encountered several Kadeejas in and out of newsrooms. The worst ones are the social media divas.

I once sat next to an SMD during a regional journalism conference. I said hello and tried to engage in conversation but she was not having it. She looked me up and down, rolled her eyes and mumbled her name. She seemed exasperated that I even had the nerve to ask her to repeat it because I couldn't hear her name over the dense air of attitude.

Months later her social media profile grew ten folds after she put out an empowering controversial hashtag. The only reason why I didn't jump on the controversy bandwagon is that the creator was not friendly in person when I met her before she blew up.

I started to see the pattern of Black female journalists not talking to each other even more. And if you're not in the clique of certain SMDs of color, you can just forget about being embraced with open arms. This led me to start asking questions. Here's what some of them had to say:

In 2014, Women's Media Center released a study that showed Black women represented 47% of all Black newsroom employees from newspapers and magazines in 2013, down from a high of 50% in 2010.

These numbers are good; however, I don't see it in the financial journalism newsrooms I've worked in because there's only a few of us covering the beat.
One of my human resource advisors assumed that Blacks in the newsroom naturally spoke to each other because there are so few of us, especially in financial journalism. I kept it real and explained that her assumptions were off.

These days whenever I see a Black woman in the newsroom, I say hello a lot louder. And I make it difficult for them to walk away without sharing a little bit about themselves. Don't get me wrong, I do the same for other women, but I make an extra effort to strike up a conversation with those who look like me.

If a Black woman ignores me, at least I can honestly say I tried to make a good impression the first time around.

A Letter to Black Female Journalist

Why is it that we don't speak to each other in the newsroom, at conferences or at industry events?

It seems that men don't have this problem, so why do we?

Don't you get it? We can learn so much from each other. We are each other's mentors, sponsors and we are supposed to look out for one another.

We don't have to sit at the same lunch table but at least say hello when another woman of color enters the room. You know the head nod rule? Yeah, let's practice that a lot more and follow up with a handshake.

Feel free to share your experiences, reasonings, a-ha moments and views below in the comment box, or e-mail them to TCsViews@gmail.com.
Posted by TC's Views at 12:06 PM