The posts went up and you read. The videos were shot, edited and you watched. The podcast, Better Said Than Written was launched, and you listened. You made your comments through  emails, Twitter and Google+, all of which kept the spirit of Arts of Cultures going.

Here are the Top 10 Blog Posts for


1. Kara Walker: The Marvelous Sugar Baby - Did you get to see the half naked Mammie that sat in the Domino’s Sugar Factory in Williamsburg Brooklyn this summer?  Black American artists, Kara Walker, held nothing back in her first sculpture, which left a not so sweet taste in the mouths of some of her critics. Well, I liked it. Take a look 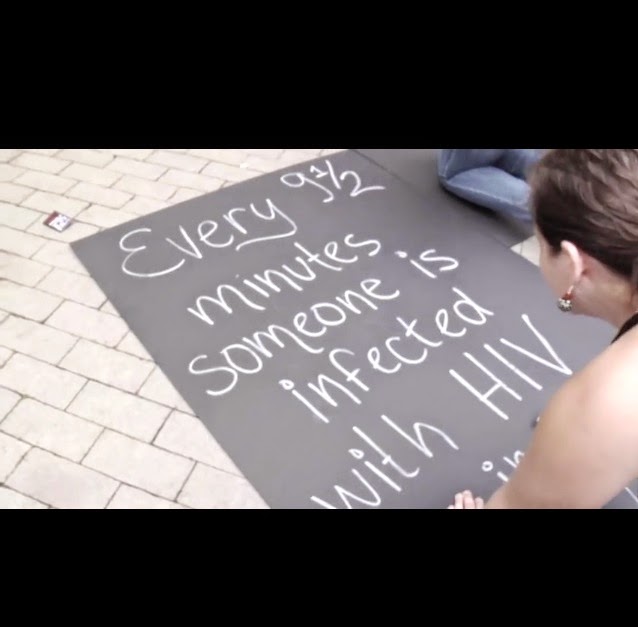 2. 25 to Life Pt. 1  - In this three part blog/video series, Arts of Cultures gives a thorough critique of the documentary 25 to Life. The movie focuses on William Brawner, a heterosexual man who kept his HIV status a secret for 25 years. Arts of Cultures had an opportunity to sit down with the producers Leah Natasha Thomas and Khaliah Neal, to discuss the film and what they hope the audience learned from William Brawner's story.


3. Building your Art Career: Get Back to Class - As Arts of Cultures took a deeper look into the multicultural art world, the one thing that artists kept saying was ‘I don’t know how to make a business out of my art career.’ If you’re really interested in the many ways of taking your art career to the next level, well this tip is for you. 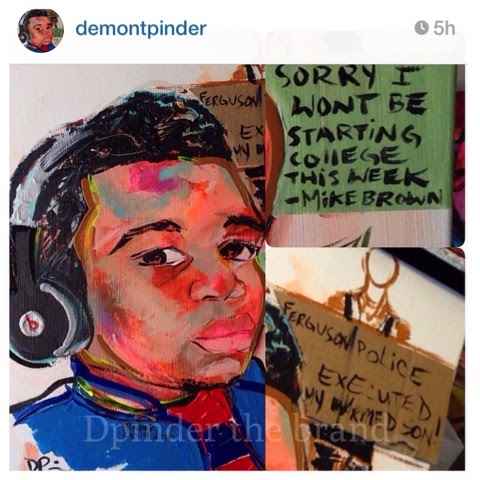 4. Artists Takes a Stand for Mike Brown - After the death of Brown hit social media Arts of Cultures came across a painting done by Demont Pinder that was posted on Instagram. Pinder captured the essence of a young boy who was ready to take on the world yet there was still a hint of uncertainty in his eyes.  Here's what Arts of Cultures captured. 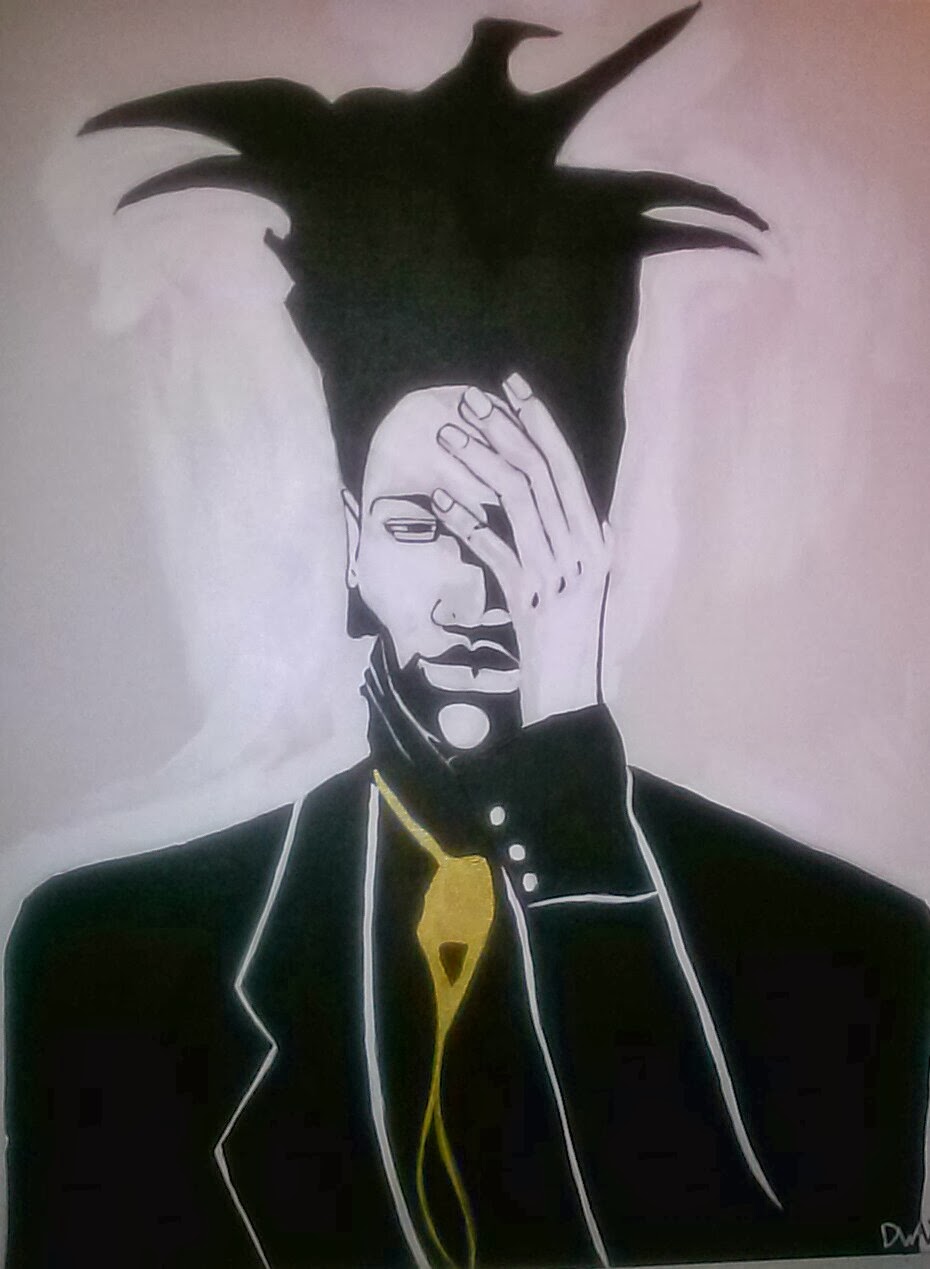 5. Basquiat Stripped - Jean-Michel Basquiat’s birthday was trending for a split second on Twitter. On Dec. 22, 2014, the Black American artists would have been 54. Some might say that Basquiat’s work was garbage, that he couldn’t paint and the only reason why he made it is because of the company he kept…Andy Warhol. Well, as my caribbean mother always used to say, “Show me your company and I will tell you who you are.” Guess, Basquiat knew exactly where he belonged in the art world. This year, Arts of Cultures had an opportunity to listen to a panel discussion titled: Looking at the Black Male Nude in Art. The walls of the gallery were graced with naked pictures of Basquiat…if you’re not afraid of naked black men and their penis, well read here to find out a little more of what went down.


6. Films of Color - When was the last time you went to a film directed, produced and written by an all Black team? Black films continue to have a hard time tapping into the mainstream movie scene. The ones that actually make it to local theaters near you are usually subject to ridicule and bad critiques. There are some serious, heartfelt Black films out there. Just take a look.


7. Things I Tell My Black Son - This is the first podcast supplement to Arts of Cultures - Better Said Than Written. This is where I make a personal connection with today's trending topics. I had so much to say after the tragic death of Mike Brown, who was gunned down by a police officer in Ferguson, Mo. This could have been your son, your nephew, your brother. This could have been my son. So what do we tell our children? Instead of me writing and posting I decided to speak and post. Grab your headphones and listen to the Things I Tell My Black Son. 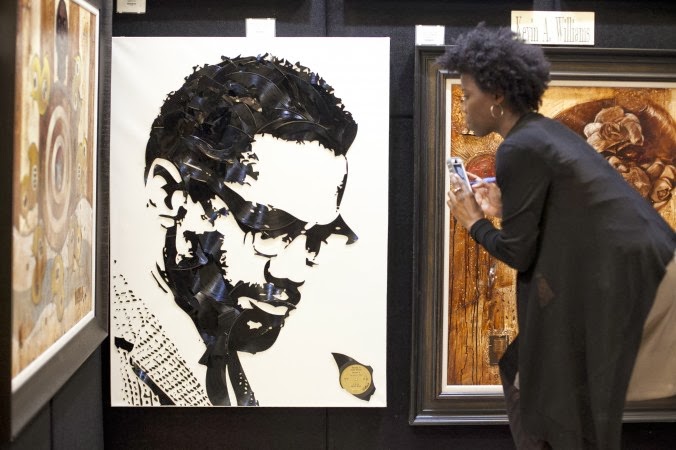 8. Malcolm X Remembering the Change - As a vinyl record collector, I was pulled in by a particular piece of art work while covering the Harlem Fine Arts Show in February. The artist, Lobyn Hamilton, used recycled vinyl records from what I assume to be a snippet from one of Malcolm's speeches to create the  image. We all have gone through some level of change, just like the vinyl record to Compact Discs to mp3. The changes may have catapulted us onto a different journey, whether it is spiritual, educational or just personal growth. It doesn't matter what direction it may have been but we all go through change and Malcolm was definitely a perfect example of that. Continue reading ... 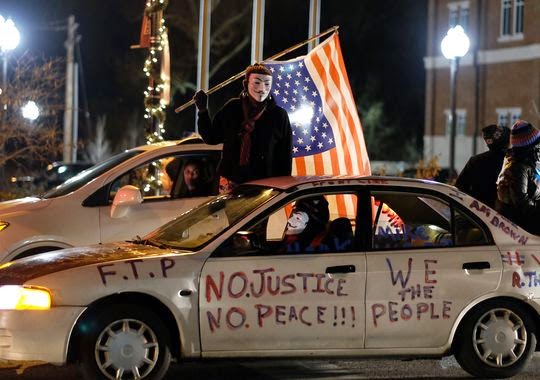 9. American Civil Rights Ripples Backward - After people got wind that Darren Wilson wasn’t going to be held responsible for the death of Michael Brown, peaceful protest slowly turned into violent protest, rioting and looting. Clearly this not a good look for fellow Americans as a whole – Blacks, Whites, Hispanics, Asians, Muslims, Jewish, and every other ethnicity in between who calls the USA their home. Continue reading ... 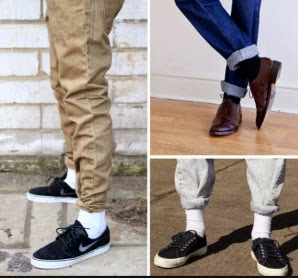 10. Trending Retro Fashion: The Return of the Pin Roll - Some of you who knows me personally, knows that I'm in love with fashion. Fashion is definitely part of art and culture, so why not write about the return of the 'Pin Roll?'  For 2015, I'll branch out and give you TC's Fashion Friday, where I'll share my favorite looks with you.

Is there a blog post or a podcast that was your personal favorite that didn't make the list? Tweet me @TCsViews or send an email at TCsViews@gmail.com.