Let me respectfully take that back. The film premiered on HBO in July 2013 and it was awarded the editing prize at 2013 Sundance Film Festival. However, you probably never heard of it.

The film's producers, Dawn Porter and Julie Porter, takes a deeper look into the daily work of public defenders Brandy Alexander, June Hardwick and Travis Williams. They are on a mission to find justice in the Deep South's judicial system.


What documentaries are on your must see viewers list? Share your comments below or email them to tcsviews@gmail.com.


Find out more on the documentary at GideonsArmyTheFilm.com

It's Never to Late to Pursue a Career in Art: Annie Frances Lee

Artist Annie Frances Lee was born on March 3, 1935 in Gadsden, Ala. Raised by a single parent, she grew up in Chicago, Ill., and attended Wendell Phillips High School.

Lee began painting at an early age, winning her first art competition at the age of 10. Lee was offered a four-year scholarship to attend Northwestern University after high school, but married instead and raised a family.

It was not until age 40 that Lee decided to pursue a career as an artist. She enrolled in Loop Junior College and completed her undergraduate work at Mundelein College in Chicago.

After eight years of night classes, while working at Northwestern Railroad as a clerk in the engineering department, Lee earned her M.A. degree in interdisciplinary arts education from Loyola University.

Lee’s railroad job inspired one of her most popular paintings, "Blue Monday," which depicts a woman struggling to pull herself out of bed on a Monday morning. Her trademarks are the animated emotion of the personalities in the artwork and the faces which are painted without features.

At age 50, Lee had her first gallery show; she allowed prints to be made of four of her original paintings. Using her unique designs, Lee also developed figurines, high fashion dolls, decorative housewares, and kitchen tiles.

After showing her work in other galleries for a number of years, Lee opened Annie Lee and Friends Gallery where she displayed her works as well as the works of other artists.

When several of her paintings appeared on the sets of popular television shows such as The Cosby Show and A Different World, the exposure helped popularize her work. Although she regularly received requests for public appearances, Lee preferred to appear at gallery shows; she also enjoyed visiting schools to encourage and inspire students.

Tax Scams You Should Steer Clear From 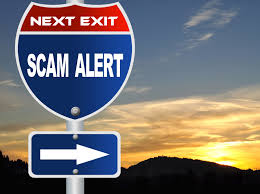 It's tax season again, and scammers are on the actively searching for their next victim.

The IRS pulled together its annual "Dirty Dozen" for tax payers, which warns them what consumers should be aware of.

The following 12 points are pulled directly from IRS.gov

Tip: Memorize your nine digit number and do not, I repeat, do not carry your social security card around with you in your wallet.

Threatening phone calls by criminals impersonating IRS agents remain an ongoing threat. The IRS has seen a surge of these phone scams in recent years as scam artists threaten taxpayers with police arrest, deportation, license revocation and more. These con artists often demand payment of back taxes on a prepaid debit card or by immediate wire transfer. Be alert to con artists impersonating IRS agents and demanding payment.

FYI: The IRS will never call your home, cell, or your workplace to collect back taxes. EVER! They will send a letter to your home. The IRS knows where you live.

About 60 percent of taxpayers use tax professionals to prepare their returns. While most tax professionals provide honest, high-quality service, there are some dishonest ones who set up shop each filing season to perpetrate refund fraud, identity theft and other scams. Be on the lookout for unscrupulous tax return preparers. Choose your preparer wisely.

Hiding money and income offshore is a bad bet. If you have money in offshore banks, it’s best to contact the IRS to get your taxes in order. The IRS offers the Offshore Voluntary Disclosure Program to help you do that.

Be on the lookout for anyone promising inflated tax refunds. Also be wary of anyone who asks you to sign a blank return, promises a big refund before looking at your tax records or charges fees based on a percentage of the refund. Scam artists use flyers, advertisements, phony store fronts and word of mouth via trusted community groups to find victims.

Don’t give in to the temptation to inflate deductions or expenses on your tax return. Think twice before overstating deductions such as charitable contributions, inflating claimed business expenses or including credits that you are not entitled to receive, such as the Earned Income Tax Credit or Child Tax Credit. Complete an accurate return.

Don’t make improper claims for fuel tax credits. The credit is generally limited to off-highway business use, including use in farming. It is generally not available to most taxpayers. Also avoid misuse of the research credit. If it doesn’t apply to your business and you don’t meet the criteria, don’t make the claim.

Don’t invent income to erroneously claim tax credits. A scam artist may try to talk you into doing this. You should file the most accurate tax return possible because you are legally responsible for what is on your return. Falling prey to this scam may mean you have to pay back taxes, interest and penalties. In some cases, you may even face criminal prosecution.

Avoid using abusive tax structures to avoid paying taxes. The IRS is committed to stopping complex tax avoidance schemes and the people who create and sell them. Be on the lookout for people peddling tax shelters that sound too good to be true. When in doubt, seek an independent opinion regarding these complex situations or offers. Most taxpayers pay their fair share, and so should you.

The IRS notes that tax scams can take many forms beyond its “Dirty Dozen” list. The best defense is to remain alert and trust your gut instincts.

The Artistry of Moving Art 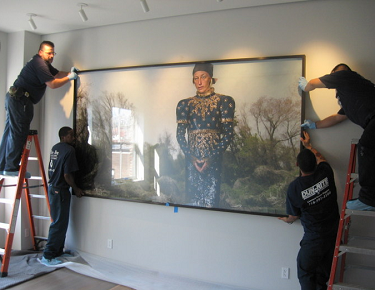 Whether you're an artist or an art collector, we can all agree that original works of art are irreplaceable and invaluable. Art is extremely precious, whether it is an oil painting, a marble sculpture, or some other creative masterpiece, which makes it important to properly and safely transport it from place to place. And when you live in big artsy cities like Berlin, Chicago, Los Angeles, New York, or Paris, transporting fine works of art can be chaotic and worrisome because there is no easy way to move them without the risk of damage.

Artists and art curators can all relate to the struggles and frustrations of the delicate process of transporting art. So what can you do if you need to safely move a piece of fine art through a city where unexpected mishaps and accidents can happen? Hire a professional fine art mover!

The following are three techniques that professional fine art movers use to safely and securely transport works of art. 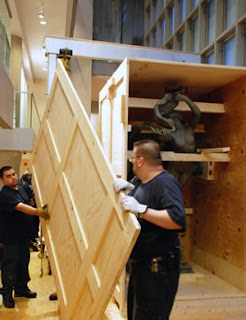 If you've crafted a piece of art that is more than a painting, you will get a peace-of-mind with a custom built crate, which can house any masterpiece. Custom built crates make it possible to move anything from large sculptures to delicate vintage musical instruments. Trusting the fine art movers to house your work in custom built crates is a sure fire way to get your piece to the next exhibition safely.

As you can imagine, there are major difficulties of getting a large work of art on a platform or a rooftop. To the average eye, the task may look impossible. However, all you need is the right type of manpower and the equipment to get that piece of work into position. Professional fine art movers have access to cranes and hoisting equipment to safely lift and place large works in their next exhibition hall.

Professional art movers will take care of your work with delicacy to ensure it will arrive to its next destination intact. Whether it is a framed painting or in a storage tube, you can rely on the professionals to safely handle it as if it were part of their own personal collection.

With the above points, it is safe to say that you can let the professionals transport and move your art because no artist or art curator would want to risk damaging fine art by trying to move it themselves. Whether you are putting your art up for a public display or you're simply moving to a new location and need to take your work with you, be sure to get help from the professionals.

Brittany Goodwin is a digital marketing professional and freelance writer in the Greater Philadelphia area. She enjoys traveling and loves learning new things. Goodwin earned her Bachelor of Science degree in Marketing from Rutgers University.